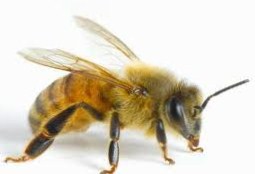 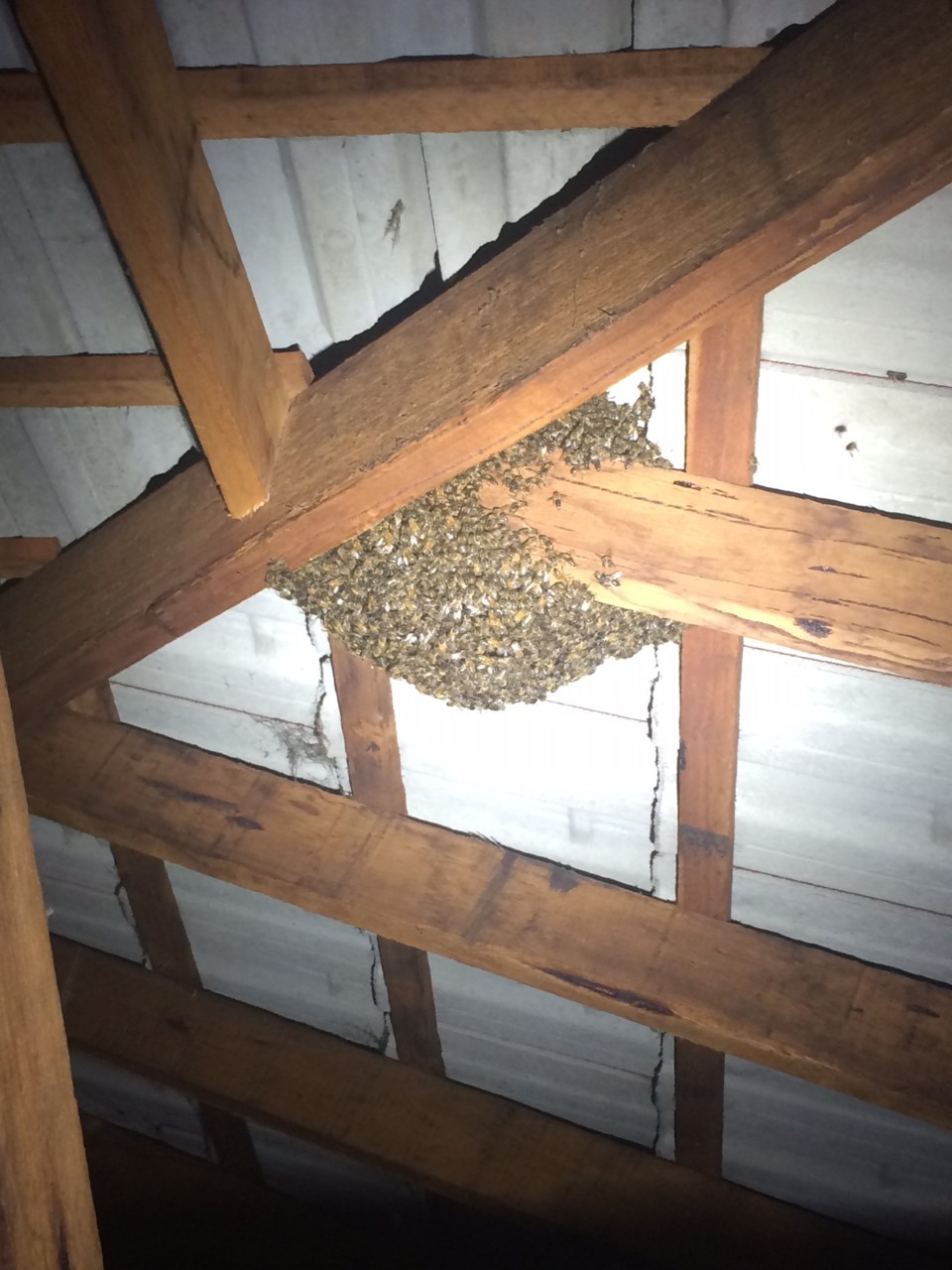 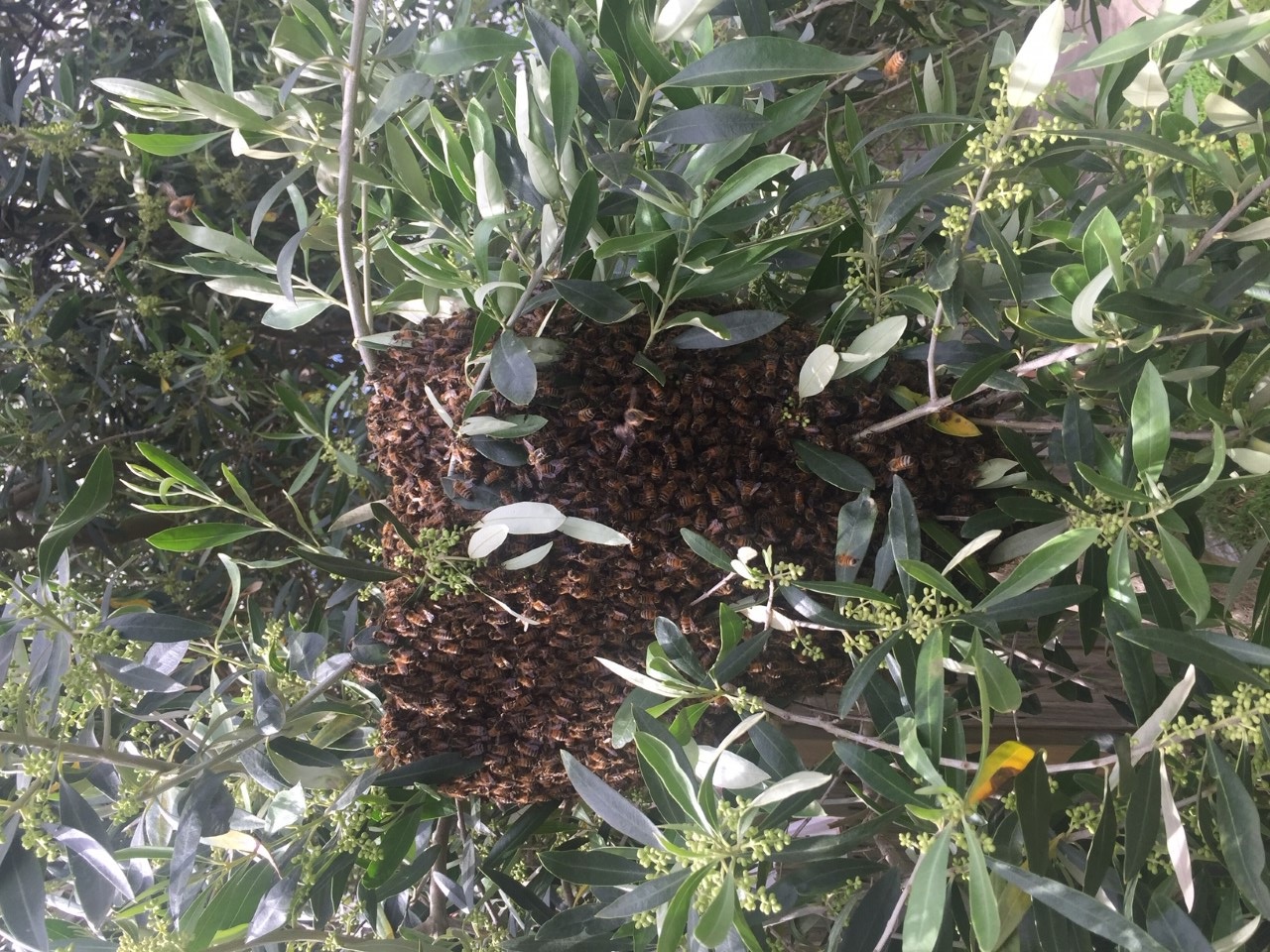 
Bees are a creepy crawly which are regarded as the most beneficial species because of their ability to pollinate plants, produce beeswax and honey. The bee is considered a pest when it starts to build nests in your home!. The bees can establish nests in trees, walls, windows or brick walls. Bees are a common during summer. During winter, bees survive by huddling together forming a tight warm cluster. During the year, new queens are produced and the old queen and a number of worker bees take off the to swarm to other places in Melbourne suburbs. Swarming is the process of searching for a new place. If the swarm settles in a location were there not wanted, such as the brick wall of a house, then they become pests. There is a low risk of being stung around, because it is a period of exposure and the colony has no hive or honey to defend. If the bees live in a hive, then hopefully they had a kind beekeeper who ensured they would have enough of their own honey, full of nutrients and goodness, to sustain them.


As the weather starts to heat up in Melbourne, the colony gets larger, and more workers are produced. The honey bee swarm is a super-organism - a jointly co-operating unit of thousands of units, which saves its ability through being very well planned. There may be 50,000 workers carefully combing, adjusting the warmth in the bee hive, as well as feeding each other, washing, generate wax, comb & honey. The queen is busy producing, and more workers, and finally buzz. During all this exercise, the thing is that else very main is happening: communication over ‘pheromones’. Bee smell are produced by workers, buzz and the queen. The odor is passed on through ‘food dividing’ – the partners of the swarm feed each other, with transmitting the smell. So, in the act of giving, the bees are also cooperate with each other. This is noted as ‘trophallaxis’.


For European wasps & bees, we will inject an insecticide dust into the nest or hive at your home, the treatment will start working almost within 30 mins. This residual insecticide left inside the treatment area will also exterminate any wasps or bees that return after the treatment will die within minutes. For your own safety, you will need to keep away the treated area until the they are all gorn away. For all wasps we treat the nest and surrounding area with a liquid chemical spray and this will them in Melbourne, we will knock the nest out. For your own good, you will need to avoid the treated area.


It’s not an uncommon thing. You’ve come home into your home in Melbourne, and noticed a flocks of bees together the size of a round ball. Although this can look like a beehive which it is, it’s more than likely to be a swarm of bees. Swarming is a natural phenomenon that usually occurs during spring in Melbourne in period of a few weeks. It is the method by which a new honey bee colony is develop when the queen bee decides to move on the first colony with a large group of her workers in a large swarm, about 70% of the workers will follow her, with after swarms sometimes continuing until a beehive is almost totally exhausted of workers. The swarm can contain thousands of bees, which makes it serenley that their gathering in your home can be a danger to you! Whilst the bees are in your way and they can easy to remove or get rid of in Melbourne.


The queen honey bee creates the ‘queen pheromone’. This pheromone brings the workers to her, and inspires all them to build the comb, hunt, and tend to breed. The whole colony knows it must have a queen for its constant durability, so the honey bee queen works a very big role, as do buzz, which match with queens to ensure long makings. We get rid of bees and kill bees if we need to when a bee catcher cant get to it behind the cavity wall in your home. First, do not distrub the beehive it's best to keep away, this could make the bees angry, and is completely not required. Also, given the situation faced by all beehive removal in Melbourne, this which including honey bees, let's try to take care to care the bee hive you we have, and if we could see if they can be relocate the beehive than rather kill it.


Lots of unprofessional pest controllers in Melbourne or inexperienced try to remove bees, get rid of or kill the bees in Melbourne which can outcome in the colony of bees to become threatening and watchful of the queen bee who they will guard with their life, this essence if you happen to be around when the threat of an inexperienced or DIY bee removalist is being attempted you may find yourself in trouble by an angry flock of bees attacking you or the people around you.


How Many People Visit